While the main Belfast Film Festival happened earlier this year, the team are screening a strand of documentaries during August in their Pull Focus Documentary Festival. Below is my pick from the full programme. 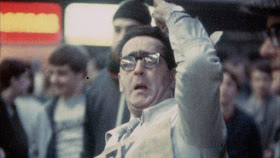 A lyrical and visual poem about the latter day prophets preaching salvation and the end of days on street corners, at cattle fairs and in the tabernacles. In Dust on the Bible, local director John T Davis draws parallels between America’s fundamentalist Bible-belt and the manic street preachers in his home city. Friday 10 August at 7pm in the Beanbag Cinema. 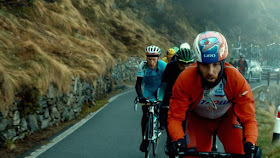 Wonderful Losers tells the story of the cyclists at the back of the peloton, the so-called ‘losers’ of professional cycling who are dismissed as water carriers for the heroes at the front of the race. Discover the monasticism, unconditional acceptance and self-sacrifice at the heart of the Giro D’Italia in Arunas Matelis’ film on Sunday 12 at 7pm in Movie House Dublin Road.

I, Dolours is the unsettling cinematic memoir of an IRA activist whose deadly idealism turned out to be hollow. Based on an interview with Dolours Price in 2010, Maurice Sweeney cuts in reconstructed scenes and archive footage to reveal her path into the IRA and her role in the ‘Disappeared’. Monday 13 at 7pm in Movie House Dublin Road, followed by Q&A with producer Ed Moloney. [Read my review from 25 July.] 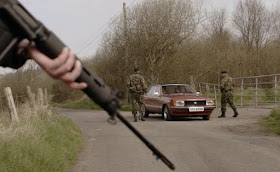 The festival closes with the screening of Unquiet Graves at 7pm on Thursday 16 in Movie House Dublin Road, followed by Q&A with director. Based on research by The Pat Finucane Centre, Justice for the Forgotten, and Anne Cadwallader’s book ‘Lethal Allies’, the film tells the story of the Glenanne Gang and the collusion of members of the RUC and UDR in the murder of over 120 civilians. 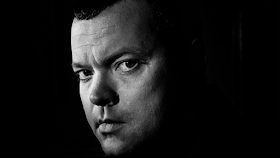 Mark Cousins regularly serves up a treat with his quirky, left-field sensibility that looks through a camera lens and sees what others would not. Granted access to private drawing and paintings by the late director and actor Orson Welles, Mark Cousins reveals a portrait of the artist in The Eyes of Orson Welles, with a vivid examination of his passions, politics and power that perhaps still resonate thirty years after his death with the antics of another well-known American showman who is never out of the news. Screening in the week following the Pull Focus festival on Tuesday 21 at 7pm in The Strand.